Diocese of the South

The Most Reverend Alexander

Archbishop of Dallas, the South and the Bulgarian Diocese. 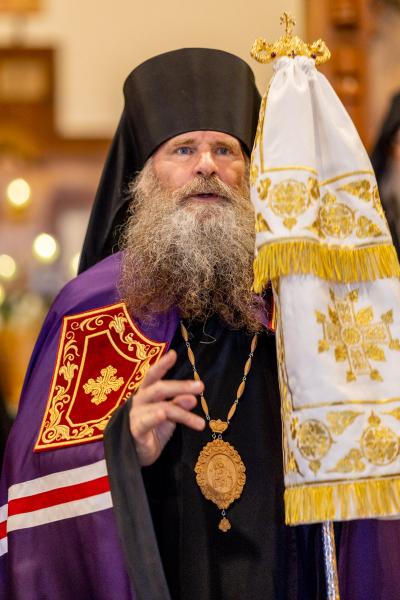 Bishop Gerasim (Eliel), Rector of the Cathedral, Administrator of the Diocese of the South.

Born in 1961 in Torrance, CA, Bishop Gerasim attended the University of California Irvine and later the University of California Santa Cruz. He entered the St Herman of Alaska Monastery in 1981, was tonsured a monk in 1992, ordained to the priesthood in 1995, and elevated as Abbot of the monastery in 2000. He served as Abbot until August 2009, regularly visiting two monasteries in Alaska from 1996 to 2009, and overseeing an Orthodox mission in Guayaquil, Ecuador.

On Wednesday, June 30, 2021, His Grace Bishop Gerasim was enthroned as Bishop of Fort Worth by His Eminence Archbishop Alexander.

Born on July 30, 1953, Father John attended Portland State College and received a master of divinity degree from St. Tikhon’s Theological Seminary, South Canaan, Pa., in 1995. He was ordained to the diaconate and priesthood later that year. St. Seraphim’s is his first church assignment as an ordained minister. He and his wife, Lydia, are the parents of two children, Joseph and Mary.

A native of Texas, Protodeacon Steven graduated from the University of Texas, Arlington. He began attending St. Seraphim Orthodox Cathedral in 1986. He received his catechetical instruction and diaconal formation from the ever-memorable Archbishop Dmitri.
Mr. Kroll served as a subdeacon from 1996-2004, was ordained to the Holy Diaconate in 2004 and elevated to the rank of Protodeacon in 2019.
Protodeacon Steven and his wife Inga (Inna) and are the parents of two adult sons, Johannes and Joachim. 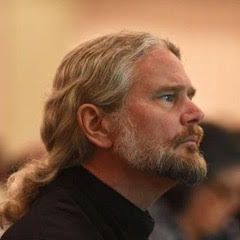 Protodeacon Brendan Doss grew up in Nashville, studied in Houston and Erlangen Germany, and lived in the San Francisco Bay Area for four decades.

Building on his Presbyterian roots and his search for deeper Christian praxis, he became an Orthodox Christian in 1988. Ordained to the Diaconate in 2002, he serves in English, Slavonic, and Spanish.

Before moving to Dallas in 2021, most recently he served for fifteen years at Holy Trinity Cathedral in San Francisco and traveling with Archbishop Benjamin. When he is not busy with church and engineering, he enjoys music, wine, and visiting his two adult children and four grandchildren. 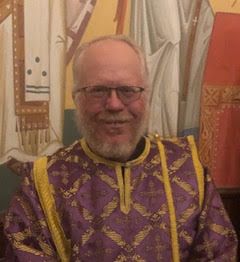 Deacon Christopher Anderson was born in Texas and graduated from Asbury University in 1990 with a Bachelor of Arts in Biblical Studies.